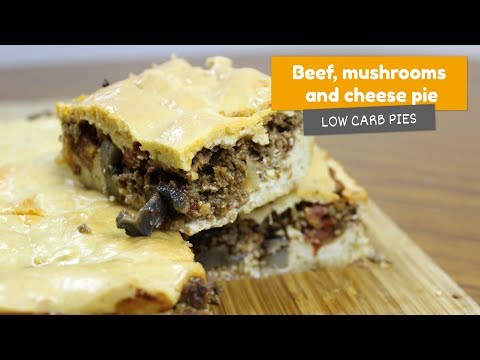 This bread is unbelievably easy to make and requires just a handful of ingredients.
It’s also super tasty and has a great bread-like texture, perfect to make toasts.

I love to have mine with avocado, spinach, and smoked salmon.
That’s a delicious combination and a killer breakfast option, keeping you full for hoooooours (in a healthy way)!

But then as I was making it, I noticed the recipe is so simple that you just beat some eggs and, at the end, your reaction can only be “Oopsie, I got some bread”!

Bad jokes aside, you may have heard other names for this famous low carb bread, such as cloud bread, zero carb bread, and flatbread.

The name itself doesn’t matter, what is important here is to know that such simple recipe exists and deserves a try!
It’s also possible to freeze them; I do it every now and then and it works beautifully.

In case you are like me and LOVE cauliflower (and bread), this cauliflower bread is made for us! 🤗

It’s super delicate, light and fluffy, with only 3 grams of net carbs per slice, an awesome low carb bread option!

As I said above, this is a delicate bread, so I highly recommend you to toast it before serving or using as sandwich bread. Toasting will help to keep its shape.

Loved this recipe? I have also published several other recipes of bread and many other recipes using cauliflower as the main ingredient.
And if you like video recipes, there is almost 100 of them available on my YouTube channel – Yum Nibbles!

I must admit that at first glance these Cheese bread buns might not look thaaat enticing, but oh boy, they are extremely delicious! Don’t judge a book by its cover! 😜

Each bite comes with the saltiness and crunchiness of cheese, which makes the idea of eating only one pretty much impossible. 🙂

But on the flip side you don’t need to feel guilty as each bun has only 3 grams of net carbs! Yes, another winner in the low carb bread world!

These Cauliflower buns are super light and perfect for having on that occasional burger night!

Yes, once again cauliflowers proving how versatile they’re! I honestly believe cauliflowers are working their way to conquer the world and make us their slaves. They already got me!

Jokes apart, these lovely buns are also a great low carb bread alternative, with only 5 grams of net carbs in each bun! How about having a guilt-free burger tonight with these buns? I’m quite sure your family will love the idea.

Did you know? According to the Better Health channel, from the Australian government, cauliflower is a great food to be consumed with relative frequency. Naturally fat-free and low in sugar, cauliflowers are an excellent source of vitamin C, also high in dietary fibre and folate.

Kika Paiva is passionate about cooking, especially using natural ingredients. She believes every belly out there should have a chance to be filled up with the warm feeling that only good and real food meals can give. With this idea in mind, the delicious Yum Nibbles project was created and she hopes you will enjoy it as much as she enjoys making her recipes.

This error message is only visible to WordPress admins